It is no secret that the energy industry has evolved in leaps and bounds during the past few years. While such advancements are very serious in terms of their implications, some advertisers have decided to take a more light-heated approach to their success. Let’s take a look at a handful of commercials that aired during January 2015 (and beyond) and why they left a lasting impact upon viewers. 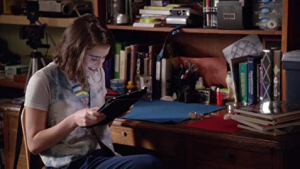 Hybrid cars have enjoyed a great deal of press lately and yet, some consumers imagine that they are designed for frugal and decidedly “boring” individuals. In this commercial, we see a large crowd of teachers leaving school. One makes his way over to his hybrid vehicle when he is approached by a gorgeous woman. She begins to hug and kiss him; shocking the nearby adults with their more conventional cars. The final potion of the commercial utilize the tag line “Renault: Expect More from Adult Life”. While little is said during this segment, the point that hybrids are now considered “sexy” easily comes across.

This massive energy conglomerate took a rather different approach when they spoke to random people on the street. Individuals were asked what five things they could not imagine living without. After they provided personal answers, they were next asked how much they spent on their hobbies and interests. Figures ranged into the hundreds of pounds. Finally. British Gas asked if they could guess the average daily cost of heating a home. When it turned out that this figure was just over three pounds, many of the participants were shocked and amused. Taking a casual and yet funny advertising approach can sometimes be an excellent sales technique.

This company had cleverly designed an interesting commercial around a group of unicorns majestically running through various natural landscapes. Halfway through the display, it was claimed that “HD” electricity would soon be powering homes throughout the United Kingdom. This all seemed very valid until viewers were told in no uncertain terms that “HD” electricity simply did not exist. The end tag line brought home the point that since all electricity is equal in terms of its power, it makes no sense paying more for an existing provider. This First Utility Advert was both amusing and enlightening; two keys for a successful advertising campaign.

Once again, we see that innovative vehicle manufacturers seem to be capitalizing on funny commercials within the United Kingdom. However, this next commercial took a bit of a different slant than merely advertising the economical benefits offered with a smart car. It focused more upon the price. It displayed a man getting into a car that he believes is his own. He drives some distance to an office. Before leaving, he notices a young child in the back seat. This little one promptly waves at him. It is at this time that he realities that he chose the wrong car. The end branding claims that the new car is so smart (and economical) that “you will forget that it is a four-seater.”

These are only a few of the truly hilarious technology-related commercials that have aired throughout various times during 2015. As companies are so keen on getting the attention of potential customers, we should only expect that 2016 commercials will likewise be memorable. It will be interesting to see what the remainder of the year has in store!

Tinder recently announced that users in the USA can...
Entertainment