Tanks have played a memorable role in the war since their inception during the First World War, inspiring many writers and film directors ever since. These big, strong, amazing machines have a special place in the hearts of those who have served in or with them. Here are two works of tank fiction. One was inspired by seeing a tank in action and one made before the tank even a real thing.

This is a short story written by H.G Wells in a time before tanks were rolling across battlefields! This story was printed in 1903 in the December issue of Strand Magazine and featured a fearful engine 100 feet in length, containing riflemen, engineers, a captain with guns that were controlled remotely. It seems H.G Wells was pretty spot on with this image. 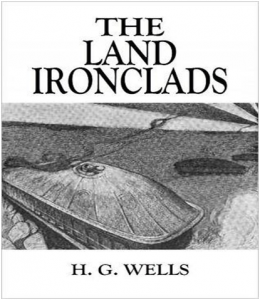 Ironclad came from the steam warship from the mid-1800s that was protected by steel or steel armor plating. The machines were described as cramped with very strong steel frames and 8 pairs of wheels larger than 10 feet in diameter.

A large iron plate served as protection for the whole vehicle, with the captain and the crew positioned in a look-out port around the top edge. There was also a tower that could be raised or lowered over the look-out points. The riflemen sat in the cabin and operated the mechanical automatic rifle targeting. Wells was quite a visionary as this story was written before the appearance of the very first tanks seen on the battlefields of World War I. Fancy commanding your very own tank? For more details on Tank Driving experiences, visit a site like https://www.armourgeddon.co.uk/tank-driving-experience.html

Taken from Japanese manga, this futuristic tank runs on crab-like legs and not treads as you’d expect. It is cybernetically controlled and being a lightweight design, is ideal for urban deployment.

The crab-like running mechanisms make it extremely fast and highly maneuverable, able to deploy over almost all terrain types.  It is bursting with high-tech, future tech including features like Therma-optic stealth camouflage and a cybernetic linkage.

The name Think Tank is a slang term used to describe a robot weapon platform that uses artificial intelligence to improve. Most Think Tanks depicted in the manga comics and movies, along with other machines like attack helicopters, are developed and produced by a fictitious company called Kenbishi Industries. 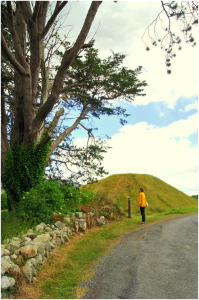 Think Tank is often used to refer to the various different tanks seen in the ‘Ghost in the Shell’ manga world. Usually, they have a spider-like appearance, have 4-6 legs, usually a pair of front-mounted manipulators, and a segmented body like an insect.

The tank in the first film was caught off guard when it was disastrously pitted against a state-of-the-art military cyborg that took it down with an anti-tank rifle. However, it remains a brilliant example of a take on future tanks.

How much will the state pension increase by this year?

How to negotiate a commercial lease

Buoyed with the enthusiasm of having secured the ideal...
General

Personal loans normally work over a period of no...
General

Welcome to WordPress. This is your first post. Edit...